BIP39 and Why You Should Use It

BIP39 and Why You Should Use It 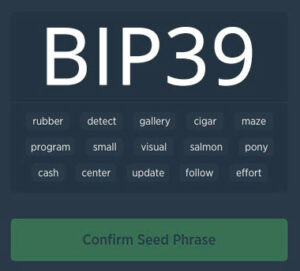 If you have a valuable amount of cryptocurrency then one of the safest ways to store it is on an industry standard BIP39 hardware wallet and use the optional passphrase feature.

Most modern cryptocurrency wallets use a protocol known as BIP39 which generates a set of easy to remember words during the wallet initialisation process. These words are commonly referred to as the wallet’s ‘seed phrase’ or ‘recovery seed’ and usually consist of either 12 or 24 words that should be safely stored as they enable you to recover your wallet if it becomes inaccessible.