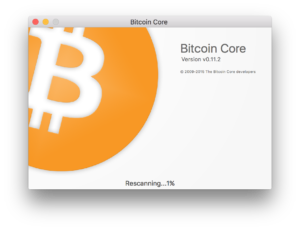 The first wallet was a Bitcoin wallet as Bitcoin was the first cryptocurrency. In the early days it was necessary to download the entire Bitcoin blockchain to your hard drive so you could run a full node in order to get a wallet facility. As Bitcoin’s popularity slowly grew so did the size of it’s blockchain and soon it became impractical to ask people who wanted to use a Bitcoin wallet to have to download the entire blockchain.

The first Bitcoin wallet was created by Satoshi Nakamoto and called the Bitcoin-Qt wallet. This then morphed into the Bitcoin Core wallet which is still in use today. As Bitcoin’s popularity started to grow, new wallets were created for it. Two of the most popular were the MultiBit Classic and MultiBit HD wallets. 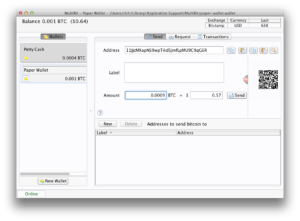 Above: A MultiBit wallet

These early examples of software wallets were popular in the early days of Bitcoin but have since drifted into obscurity and are no longer supported. The first was MultiBit Classic that relied on a password only, this was replaced by MultiBit HD which also introduced a seed phrase. Many early adopters of Bitcoin used these wallets on their computer hard drives.

Popular in the infancy of Bitcoin, Multibit Classic and HD wallets were one of the most popular early Bitcoin wallet. The MultiBit program was downloaded to your computer and a wallet was created on it’s hard drive. Your Bitcoins were stored in this wallet. Because the price of Bitcoin was very low back then many people didn’t take that much care of their wallets. Passwords were forgotten, hard drives became faulty, or the whole computer became so old and slow that it was either thrown out or put in the loft and forgotten about. The team behind MultiBit stopped supporting it years ago too and successfully retrieving Bitcoins from old MultiBit wallets is virtually impossible without a specialist.

Recovering Bitcoin from MultiBit and other Unsupported Wallets

Fortunately, we are able to recover Bitcoins from MultiBit and other legacy wallets that are no longer supported.