Home » Tips & Tricks » Trustassets.org is a SCAM
Previous Next

Another week, another scam… this time involving a site called Trust Assets (https://trustassets.org/)

Trustassets.org is a fake scam company that swindles people out of their money by getting them to make regular investments in cryptocurrency.

A Spanish client believed he had been investing regularly with this company, who had been pretending to buy Bitcoin on his behalf. The client then decided to withdraw some Bitcoin and all communication with the company stopped and he was not able to get in touch with anyone.

Screenshots from the web site (which at the time of writing is still active) are below and include a registration certificate from Companies House in the UK in an attempt to prove the TrustAssets site is legitimate. A search for this registered company (CMECOINS LTD) show that it was dissolved in January 2020, over 2 years ago.

Of course, the scammers had NEVER been buying Bitcoin on the client’s behalf, they had just been taking his money and created a fake screen for him showing his ‘investment’ which they updated regularly. 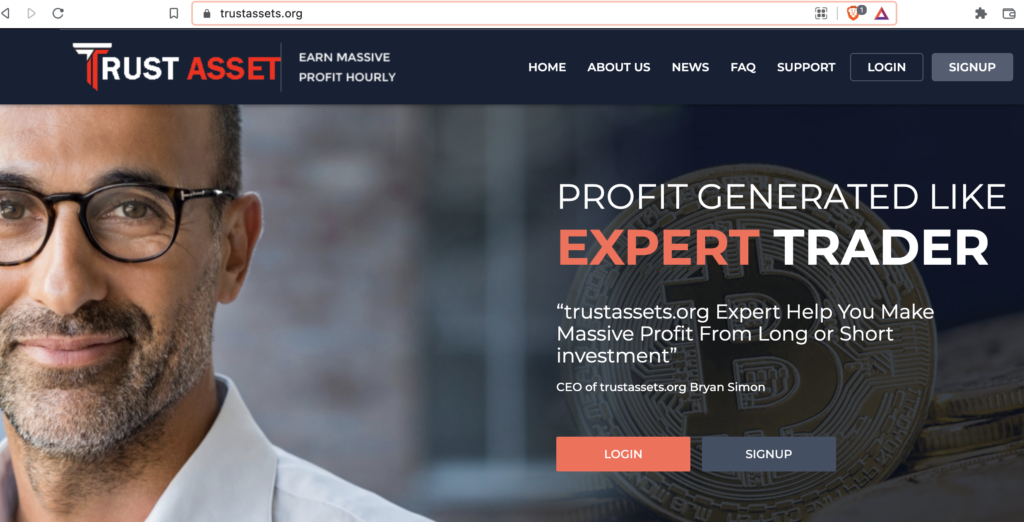 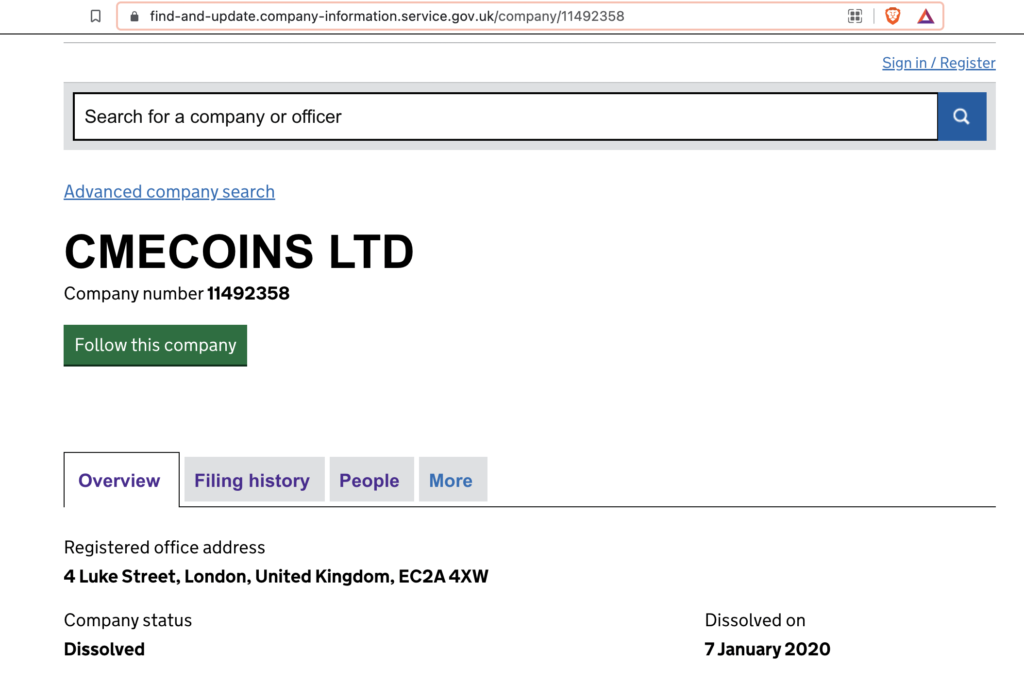