Written in 2012 before the days of hardware wallets and widely used BIP standards, the Armory wallet was a wallet for the ultra-cautious, enabling Bitcoins to be sent and received from a wallet file that was never attached to the internet.

I say the Armory wallet ‘was’ because until recently I didn’t believe that anyone still used it, but we’ve just received an enquiry from someone who used the Armory wallet to hold their BTC back in the early days of Bitcoin and now can no longer remember their password to get access to their wallet.

There are no seed words with these wallets as they pre-date the BIP-39 standard that introduced them. Instead, when a new Armory wallet is created, the program provides details that allow the creation of a paper wallet backup.

Because the wallet sync’d transactions with the Bitcoin blockchain in realtime it was also very slow, and would be almost impossible to use today.

Fortunately, technology has moved on considerably since 2012 and the original Armory team ceased development of the wallet in 2016. There is a Armory wallet hub on Bitcoin Talk that is maintained to this day: https://bitcointalk.org/index.php?board=97.0

These days it’s far easier and safer to use a hardware wallet such as a Trezor or Ledger Nano to guard your Bitcoins.

Research into whether we are able to recover the client’s Bitcoin from his Armory wallet file are on-going.

There’s a decent introduction to the Armory wallet on YouTube at https://www.youtube.com/watch?v=PGvrai3JxxI 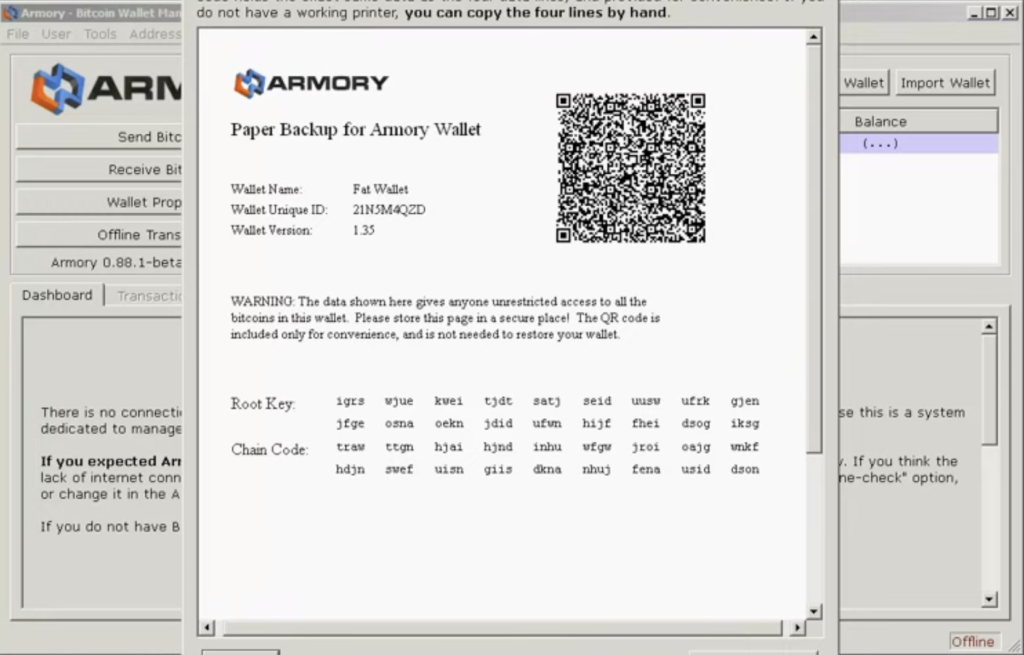