The client in this example has contacted me several times over the last couple of weeks asking me to confirm and reconfirm that he is definitely being scammed, and asking me whether I could be wrong in saying he’s being scammed. I’m NOT wrong. He IS being scammed.

Scammers will go to great lengths to make their scams seem believable and legitimate. Here’s an example of a fake letter from Blockchain. Of course, the letter is not from Blockchain, it’s just constructed to make you believe it is. Just because it has the Blockchain logo (which anyone can download), and a person’s signature, a seal from a non existent bank and references (fake) legal requirements and directives doesn’t make the letter real.

On first glance it looks like this letter is legitimate but it is full of errors – I counted at least 13. I’m not going to point them out here because scammers read this site and will correct any mistakes I point out.

THERE IS NO CURRENT EUROPEAN LEGISLATION. So any communications that quote EU legislation and ask you for money are FAKE.

If you’ve received a letter like this then you too are being scammed. 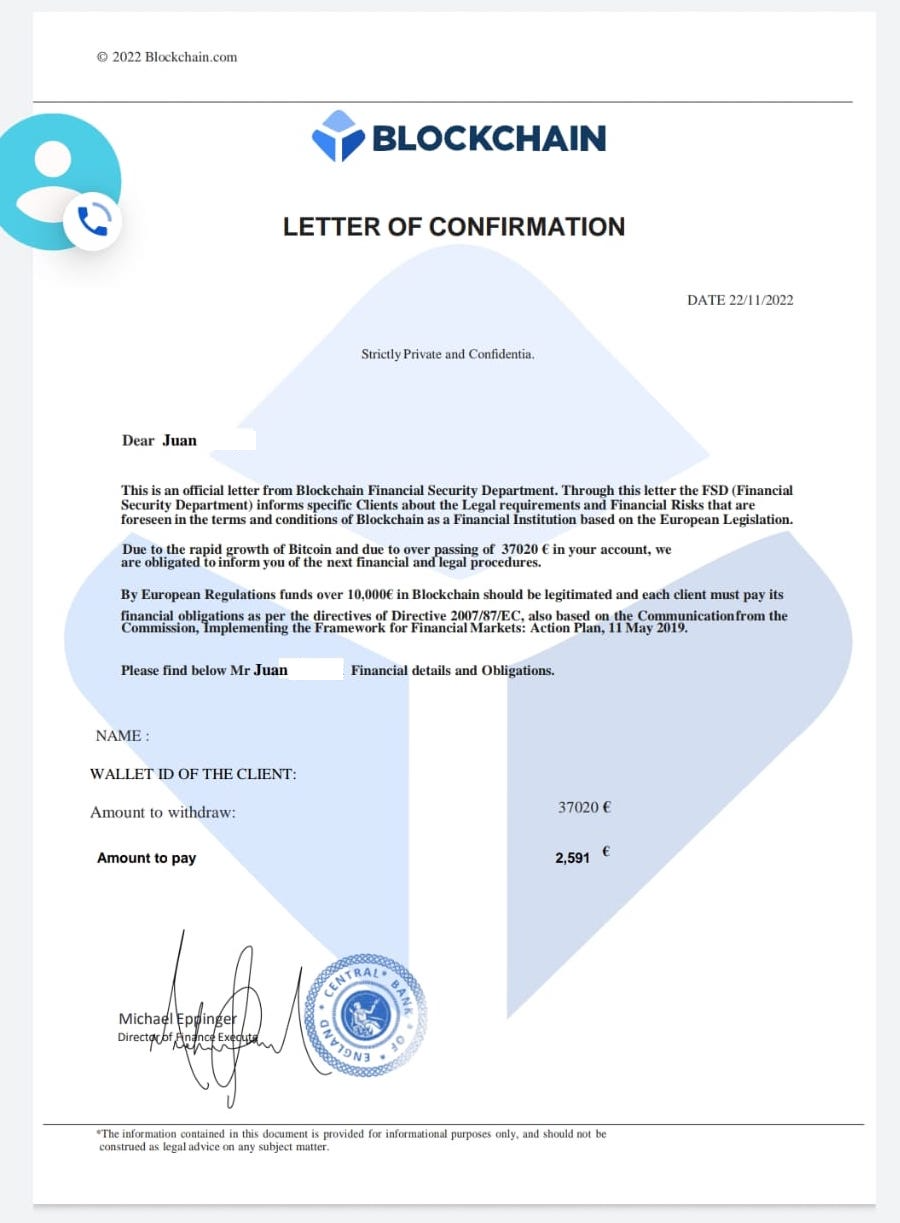