Anatomy of a Crypto Scam

Home » Tips & Tricks » Anatomy of a Crypto Scam
Previous Next

Anatomy of a Crypto Scam

There are a lot of scams going on in crypto. Here’s how they typically work.

This example involves a scam crypto brokering company named EFT Markets. The victim of the scam has kindly provided a timeline of exactly what happened. I’ve commented on each point below.

Dear Recover My Crypto Wallet,
Your colleague asked me to set down a few details of my plight regarding some Bitcoin i own that is buried within the block chain.

Recover My Crypto Wallet comment: Bitcoin can not be ‘buried’ on the blockchain. This is a scammer’s term. It’s either on the blockchain or it isn’t, unfortunately this is a huge red flag that you’re being scammed.

[1] The saga began with some trading I did through EFT Markets about 18 months ago. I amassed a fair amount of Bitcoin ending up with about 1.54 Bitcoin which I failed to recover, because EFT claimed I needed to match the 105 tax with a deposit of that amount into my account.
Recover My Crypto Wallet comment: The first thing you should do before you ever invest in crypto is to Google the company name and the add the word ‘scam’ at the end eg. ‘EFT Markets scam’ – that will give you a good idea as to whether you are dealing with a scam company. Unsurprisingly, a Google search shows that EFT Markets are scammers. Once you know they are scammers you should also know that they will never have bought any Bitcoin for you, instead they just took your money. They may have created a professional looking User Account page for you on their web site that shows how much you’ve invested and how many Bitcoin you have, but its a total fabrication. All the money you’ve given them has gone straight into their pockets. The requirement to pay an immediate tax to withdraw your crypto is another huge red flag: there is no current infrastructure in place for this. 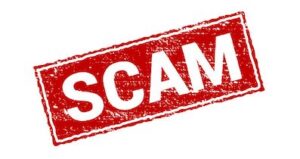 [2] EFT claimed that for a deposit of 10% of the funds they could recover the funds. I did this twice and on both occasions they simply took the funds and said Oops recovering your Bitcoin did not work ?? Send us another 10% and it will definitely work next time. I gave this game up after 2 failed attempts and looked around for an alternative.
Recover My Crypto Wallet comment: This is another red flag. Bitcoin does not become ‘dormant’ or similar on the blockchain EVER. If a firm are telling you that the Bitcoin needs to be ‘reactivated’ they are lying and you are being scammed.
[3] Behold an American wunderkind called Hacklord who claimed for $5000 he could do the job and showed me examples of what he had achieved.
Recover My Crypto Wallet comment: You’ve just been passed onto a different scam. The scammers believe they have exhausted the first scam and so now introduce you to a new one.
[4] The game was pay me $1500 up front and then pay the rest when the Bitcoin has been recovered. At his first attempt he failed as he claimed that my funds were encrypted and he would need some extra software to do the job.
Recover My Crypto Wallet comment: Upfront payments are yet another red flag. You don’t need ‘special’ software to interact with the Bitcoin blockchain, as for ‘encrypted funds’ that’s also rubbish unfortunately.
[5] Another $1000 to get around the encryption. He tried again with needing another $500 to upgrade the software which was time sensitive and this time he claimed that because of the size of the account now at 5.4 Bitcoin that his attempts were thwarted.
Recover My Crypto Wallet comment: More upfront payments with no guarantee of success – do you see the pattern here? Also, ask yourself how has 1.54 Bitcoin become 5.4 Bitcoin ? By magic ? It’s just another technique to scam you by making you believe you’ve got a considerable amount of money waiting for you. Remember all the money you’ve paid these people just goes straight into their pockets. There is no Bitcoin, or encryption software, or tax to pay… These are all techniques used to get you to part with your money.
[6] So my original paltry 1.54 Bitcoin had grown into 5.4 Bitcoin!! The job never really progressed from there with a lot of apologetic phone calls and texts saying he was working on it and could he get another $500 to continue updating his software.
Recover My Crypto Wallet comment: Red flag – HOW had 1.54 BTC become 5.4 BTC ? By magic perhaps ? This is like saying 1.54 bars of gold had become 5.4 bars of gold…. How ? It doesn’t happen.
[7] We communicated by text, whats app and telephone regularly where he kept telling me he was working on it. Then 6 weeks ago my telephone contact with him vanished and all I have is the remnants of the Whats App contact details and a load of dead telephone numbers.
Recover My Crypto Wallet comment: Scammers will regularly change their email addresses and WhatsApp details. They will scam multiple people and then when details of these scam numbers and email addresses are published online they will stop using them and close them down. After a couple of days new numbers and email address will emerge and the scams will continue under new details.
[8] Interestingly when I last talked to him he repeated that there was 5.4 bitcoin in the account so I’m not sure if that was B.S. or whether the nasty EFT Markets people had hijacked my account and continued to trade with it?
Recover My Crypto Wallet comment: Notice how this victim of this scam still wants to believe he has Bitcoin? There is a part of him that wants to believe (1) He actually DOES have some Bitcoin and (2) He’s not been naive and been the victim of a scam. This is common, no one likes to think they’ve been the victim of a scam.
[9] Before employing Hacklord I tried to contact EFT who were reputedly operating out of Geneva but I didn’t get very far and someone along the line said that they were an arm of the Syrian Security Services, who knows more B.S.?
Recover My Crypto Wallet comment: It took me less that a minute to discover EFT were scammers. Some basic research on Google is all anyone needs to do to discover this. Checking out credibility is always the first thing to do.
[10] Anyway I have all the transaction codes of the the monies I paid to EFT and to Hacklord and I’m still really frustrated at the position I find myself in. With very limited funds due to circumstances created by the pandemic and no knowledge of what to do can you advise?
Recover My Crypto Wallet comment: The transaction codes will either not exist or will have been taken from someone else’s Bitcoin transactions and then disguised to make it look like they are yours. Apart from reporting the whole matter to the police (who will do nothing) there’s nothing that can be done. Your money is gone for good. 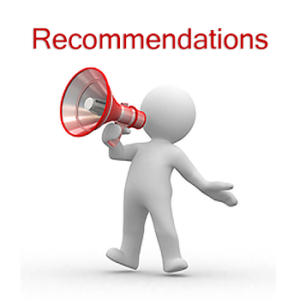 I’ve been really surprised and saddened to notice how many people are falling victim to crypto scams. Every week I am contacted by at least one person who has lost money to a scam. However, there are two common factors that stand out about ALL of the victims:
1. A lack of understanding about how crypto currencies and blockchains work
2. A lack of understanding about how to purchase cryptocurrencies.
Bitcoin exists on the Bitcoin blockchain. It does not have a status. So if you are told that your Bitcoin is ‘dormant’ or ‘inaccessible’ or ‘deactivated’, this is incorrect and a huge indicator that you are being scammed.
To avoid being scammed your should educate yourself about cryptocurrencies – watch this excellent video: https://www.youtube.com/watch?v=VYWc9dFqROI
and do some research about the companies and people you are going to be interacting with before you part with your money. 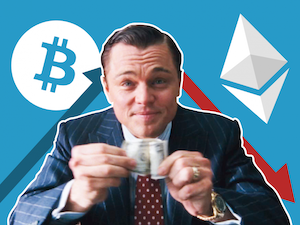 How did the Scammers get my details ?

There are many ways, here are two common ones…
1. Several months ago the manufacturers of the Ledger hardware wallet were victims to a hack that stole the company’s database containing the names and contact details of people who had bought / showed an interest in their products. This database was posted on the dark web, and then used by scammers. The scammers have been contacting the people from this database and telling them they have ‘discovered’ some Bitcoin belonging to them. They say that unfortunately the Bitcoin is not currently accessible but for a small upfront fee they can help release it…. and so the scam begins.
2. Many people have bought crypto over the last couple of years, but rather than educate themselves in how and where to buy it they just assume they need a broker. You don’t need a broker to buy crypto. You can do it yourself by using exchanges like Coinbase or Kraken. Many scammers set up fake crypto brokering web sites to tempt in victims… and so the scam begins.
By Recover my Crypto Wallet|2022-06-23T10:12:40+00:00June 23, 2022|News|Comments Off on Anatomy of a Crypto Scam